IF YOU DON’T GO TO GOD’S HOUSE NOW,

WHY WOULD HE LET YOU INTO HIS HOME LATER?

“Maybe because his house smells like old diapers and grape juice,” I said to my Someone as we walked by. “Besides, my house is cooler.  He should just come to my house.”

The church sign up the street from our friends’ house where we are parking in Western North Carolina took a dramatic downturn since we’d arrived two weeks ago.  We pass it every morning when we walk our dog– sometimes twice.  It seemed to be the first effort made since Easter.

“What was wrong with ‘No Bunny Loves You Like Jesus!’?” I pressed.

“Now that was a winner,” my Someone affirmed.

“I just don’t think that tactic works on me, anymore,” I said.

“The one that bullies me to do something right-now-on-my-terms-or-you-get-nothing-at-all tactic.”

We tried out different scenarios.

“If you don’t eat this dinner I made you right now, I will never make you dinner again!” I yelled.

“If you don’t come play with me today, I am never ever going to ask you to play again!” my Someone yelled.

We started down the hill.  It didn’t match up with the God Of Second Chances.  It matched up more closely to an abusive parent.  Ultimatums are not the work of the angels, it seems.  They are the work of a kid who feels upset that no one is playing with him.  They are the work of a bruised group of people who need to be right– just this once.  They are the work of people who don’t seem to feel particularly loved– or at least don’t seem very secure about it.  I’m not all that interested in that House of God.  It sounds a little too decrepit with a vague odor of cat pee to be able to host me and all my pals.  It sounds like a club I never asked to join– but it’s sold to me like the only club I’ll need to look good on my celestial college application.

The problem, it seems, is that the sign was created not for passer-byers to feel welcome, but rather for the inhabitants to feel safe.  Inhabitants that can’t quite get it through their heads that No Bunny Loves Them Like Jesus.

I paced around the camper more.  I baked.  I checked the lock.  I texted my Someone to make sure he was still out there somewhere, making deliveries for our temporary day job.

Yup! Running a little behind.

I got up. I checked the lock again.  I thought about turning off the music to hear if anyone was approaching.  Then I dug my heels in and decided just to turn it down.  But only a little.  I closed the blinds.  I opened them.  I had to be on the ready.  I texted my friend Kristie.  She was watching the news.

Have they caught him yet?

I waited.  I jumped when my phone buzzed.

Being afraid is exhausting. 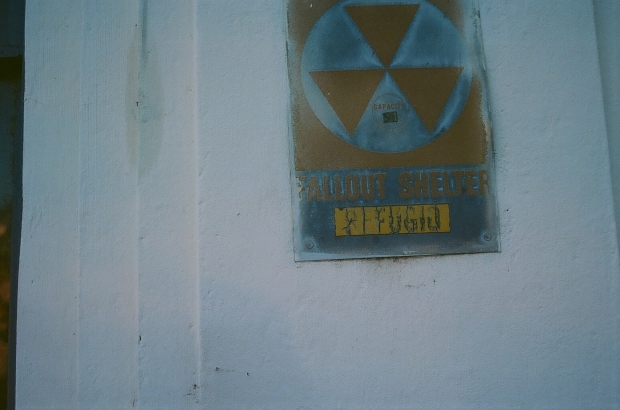 “I’m not naive enough to teach my children that life is all sunshine and butterflies,” Nicole said.

We were parked in her driveway for a couple of days, and spent our time walking through the back door and being met with muffins or cupcakes and some insight on she and her partner’s new life as parents.  Nicole, like most adoptive parents, is constantly looking ahead.  They didn’t stumble into parenthood on accident.  They sought it out.  And they fell hard for their two little ones.  And so, they are carefully constructing their life together while leaving plenty of room to explore.  And also plenty of time before the bad things creep in.

“I just don’t think that raising them in a way that tells them that the world is bad is going to help them.  So, maybe by the time someone does say something terrible, they already believe they are good, and can overcome it,” she said.

It made sense, but it felt risky.  Like a hot stove or a steep stairwell, our instinct is to call out beforehand–

Watch out! we want to scream, Some people out there are going to judge you by your gender or the color of your skin or your family situation or other things you can’t help!

And how do you explain it?  Because religion?  Sociology?  Slavery?  Economics?

Maybe it’s all a risk, sending children in the world without prior knowledge of racism and sexism and all the other -isms that were created to keep them in their place.  After all, they could feel unprepared in their first encounter.  Which is probably bound to happen.

But, maybe, imagine the risk of sending children into the world who are only prepared to be hurt.

It was settled.  I would keep the music low, but on.  This was my Sunday afternoon, goddammit.  And it was rainy and perfect for the project I had laid out.  I would keep the blinds up because the cloudy gray light was pretty, but also to be alert.  And because I wouldn’t let some crazy gunman loose in town keep me from living my life– from doing what I had waited all week to do.

The man had already killed four people early in the morning at the Waffle House.  He was at large, potentially armed and likely naked.  That seemed easy enough to spot from my tiny camper.  No one was home.  And I was angry that this villain had hurt so many people and was now keeping a city cowering in their homes.

The police on TV were asking us to lock our doors.  I complied.  I’m not above precaution.  But I am trying to be above fear.

I kept working.  I kept checking the time.  I kept texting.  I checked “going to diners at 3AM” off my list of things I would do anymore.  I got angry again. 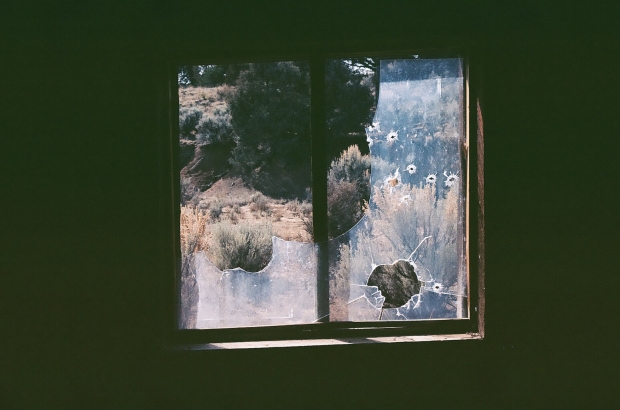 “I think there can be a mentality of ‘I don’t want you to make the same mistakes we made’ out there with parenting.  But I don’t think I want that for my kids.  I think I want them to make all the mistakes they need to.  Because not being able to make a mistake means… I don’t know…”

We got quiet for a second.  Fear based parenting, much like fear based living, is a tightrope.  But letting go of that fear– it’s a trapeze.  Both require nets at the bottom, I guess.  But only one of them allows you to fall into it without feeling like a failure.

I think I’m going to start taking a swing. 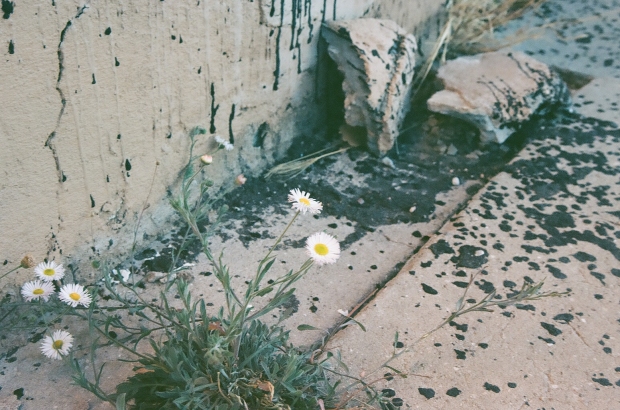 Maybe it looks like this– I will keep living my reckless road life, scrapping the security of a house and a steady job, but I will still wear my seat belt.  I will not run over to my friend’s house and delay my work at hand because of a crazy gunman on the loose, but I will lock my door and keep my phone close.  I will not assume that the sound guy that night is a sexist, but I will be prepared to stand up for myself in case he calls me “sweetie” one more time and explains what a microphone is.  I might make the same mistakes my parents made.  But I wouldn’t advise people around me to make the same ones I’ve made– though likely only if it comes up.

No amount of fear-based planning can keep us from falling– eventually.  There’s a giant net down there, and while it’s important to listen to fear long enough to hold on tightly and to chalk our hands to grip, at a certain point, the jig is up, and it’s time to let go.