I effing love Jesus.  Probably not in the way my mother wishes as she and my dad pray each night for my soul.  And not in a way that a good Catholic should.  Mostly because I am not Catholic.  In fact, as a kid, being Catholic was perhaps the second most obvious way to send yourself to Hell.  Premarital sex always trumped Catholicism.  Murder had a flexible You’re-Going-to-Hell placement based on intent and whether or not that guy was actually on your property when he was nailed by your hunting rifle with surprising accuracy. 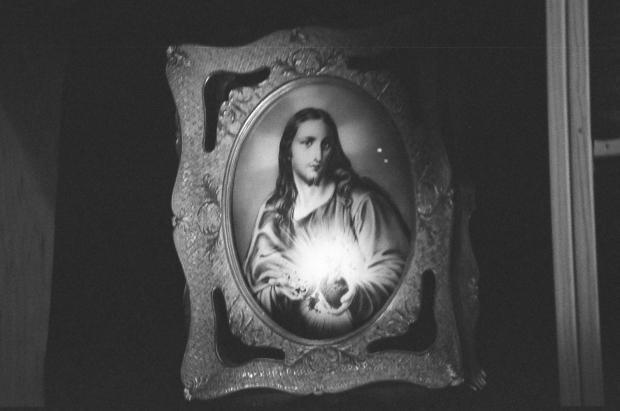 Since I did not grow up in sin pits like LA or New York or Canada, I– like most others I knew– was raised on a healthy diet of meat loaf, potatoes, and praying before every meal.  Church was Sunday, Sunday night, Wednesday, and sometimes an extra Friday night youth rally or Saturday morning getting-volunteered-to-volunteer.  Throw in Vacation Bible Schools, church camps, a father as an elder, and a mother who was not only in choir and the children’s leader, but a minor in-church celebrity with her quirky no shoes policy and expert church dinner culinary concoctions.  Halos hovered just above my mother’s casseroles and pies and the things we called salads (but were actually made from Jell-O and marshmallows and pretzels) at congregational potlucks, with every seething old biddy internally trading her salvation for that recipe.

The familiarity was thrilling:  the thick red carpets, the stained glass windows that turned my hands black when I swiped them, the heavy wooden doors that stood between myself and the important men who would decide important things like what color the hymnals should be.  But the best of these church-hold items were those gilded-and-framed portraits of Jesus: Golden Jesus with the dazed and distant blue eyes, Jesus-Loves-to-Fish on a boat with his pals, Jesus-Loves-Animals with his sheep and goats and children.  This was fantastic!  I love animals!  I love to fish with my friends!  I love to gaze out of frame for hours on end thinking!  Except for his historically accurate blue eyes to my brown eyes, Jesus and I were practically the same.  And, as I dutifully learned, this dude could go anywhere with me.  In fact, he was currently sitting beside me, my teachers explained.  So I took to the habit of putting him in my pocket and taking him home.

Having my own personal Jesus caused a little guilt.  Certainly, as I learned in evening slide show presentations by visiting missionaries, there were more deserving and needy children out there who could use a pick-me-up from my holy hang-around.  So when I sensed Jesus was tired of playing the mom in our game of house, I– as the dutiful head of the imaginary household– released him to Africa or Haiti or Jamaica, telling him to return around bedtime before my apocalyptic nightmares set in.  He would spend time playing cards with the untouchable Father in Heaven while I finished up homework, and politely waited to be invited on my long walks in the woods where we would uncover secret treasures that he himself planted under mosses and inside rotting tree stumps.

When my friends would talk about their own personal time with Jesus, I would smile kindly and nod, but I pitied them.  These poor, delusional kids with their emotions running wild, mistaking the rustle of leaves for Jesus himself.  I didn’t doubt it was something holy, sure.  Maybe an angel or Father God or one of the less personable types that spent their time on clouds and stars and authorized modern day prophets to rewrite the Bible to accommodate new archaeological discoveries.  Jesus was mine, bitches. 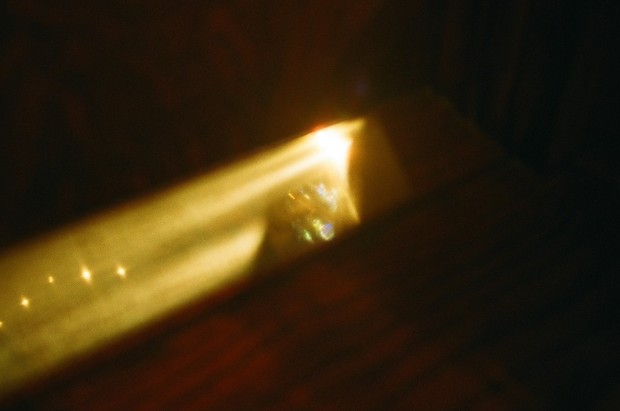 Just as I was conditioned, I grew into my teen years with the religious zeal of a fiery prophetess, taking every Sunday morning to plead guilty and make promises to work harder.  Not even the wandering hand of that 30-year-old worship leader to my 15-year-old body could sway my eyes-on-the-heavenly-prize.  Not even the sexual manipulation of that blonde-haired-blue-eyed-Christ-complex pastor’s kid who took his father’s hatred of women as a divine example could push this 19-year-old gal from the straight and narrow.  Nope.  There were still sunsets that blazed just as I happened to be driving into them, and exactly one of my favorite donuts left with no one in the house to contend with, which meant Jesus was still loud and proud to be my fan.  And there were golden mansions and silver lakes waiting for me if I just kept believing in those sunsets.

Somewhere after college graduation, in the midst of picking up smoking and learning to take my whiskey neat and a failed marriage before the age of 30 and the awareness of the general sexism that exists in the church and reading books that weren’t my Bible, I did stop believing in sunsets.  It was probably the cigarettes.  But I didn’t stop believing in everything.

On an evening last year as I was entering a friend’s house to escape my own one-bedroom-complete-with-a-screaming-husband home, I had packed an extra set of clothes and some breakfast fruit on the off chance that I would be stuck sleeping in my car again before work.  As I was removing the grapefruit and mango from my oversized purse, I realized they had landed themselves precisely in the cups of my bra.  There are few things more cosmically and comically arranged than the old fruit-in-a-bra.

When my surprise turned to delight, and my delight to everyone’s attention, I argued the moon and the sky for the odds of this happening to me.  This is when my favorite Irish-Catholic-turned-maybe-athiest-punk-music-loving-Jameson-drinking-softy-of-a-guy friend shook his head and said, “I sincerely believe that you believe that the universe has set up these fun, quirky situations that were created just for you.”

It never occurred to me to think otherwise.  Years of Jesus-is-Mine had conditioned me.  So I began keeping a log of those fun, quirky situations to prove to my obstinate friend that the universe– while it does not revolve around me– takes special delight in my delight.  Or something in the universe does.  Like how I find a penny every day.  Or the light that comes under my door at exactly the time I need to be awake.  Or getting a package from a friend at the end of a long day of waiting in a jail for my now-ex-husband to be released.  20’s of red birds who plant themselves in my tree.  A herd of elephants marching downtown Nashville. 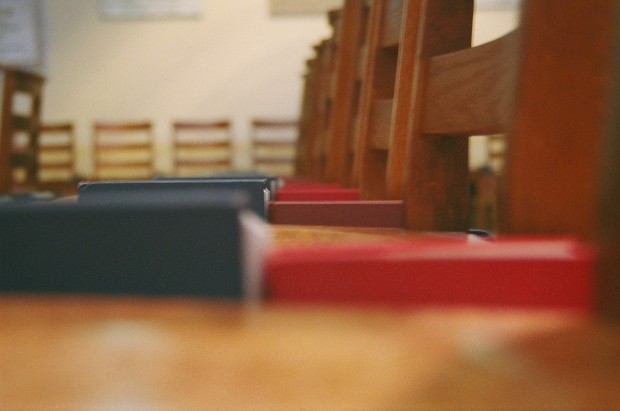 And, my favorite, the Jesus pictures.  I’m not sure what they mean, or what I even really think of the religion.  I haven’t been to church willingly or without trying to please my mother in over two years.  In fact, most of the time, I feel like I’m going to vomit the moment the sanctified pulpit dust hits my nose.  But each of my journals have a designated page for these photos of Jesus that end up in my path.  I tape them in and give them names.  There’s Bob Marley Jesus and Check This Shit Out Jesus and Jesus H. Christ and Whoa! Back This Train Up! Jesus.  I don’t talk to them or play house.  I don’t really pray or feel guilty.  But for all those years that Jesus took special interest in me, the least I can do is take a little delight in his varied face popping up in unlikely situations.