A lady named Tula sold it to her in a Russian dress shop in Canfield, Ohio.  When Megan got married, she didn’t want to wear her mother’s flowing, hippie thing– much to her mother’s relief.  And while her grandmother preferred that Megan wore her dress, years of maintaining a too-thin, 1950’s figure made her betrothal garment a modern day less-than-size-zero an impossible feat for a healthy human being.  So, just as with the last few years of Megan’s life, when faced with a decision that came detached from generational story and should-and-should-nots, she chose the lace-and-bustle of a perfect fit. 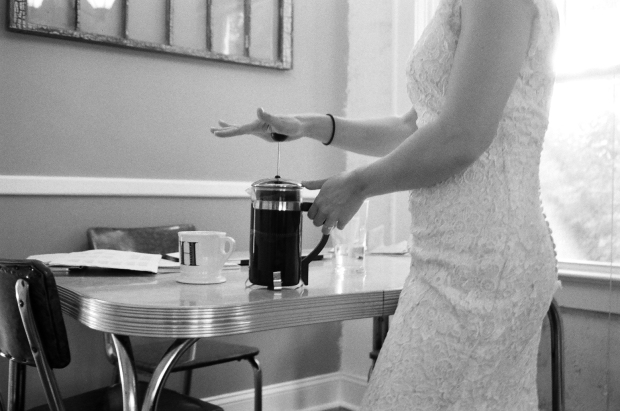 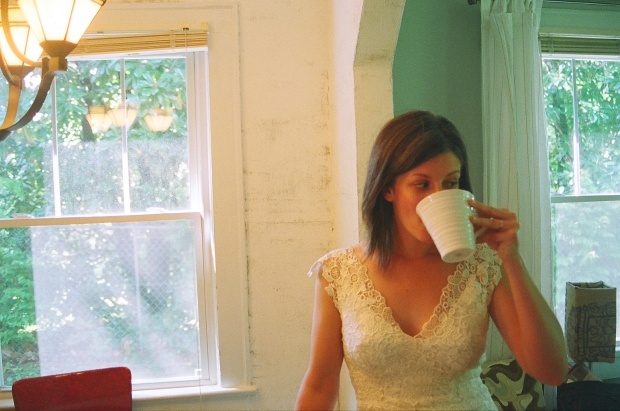 Megan is perpetually in a state of What-I-Chose-Instead, and being grateful for it.  Within seconds of the last corset loop and button being tethered, she was in a sincere state of reflection, remembering the life she had chosen over the life she didn’t want.  She recounted dreams of nightmarish quality in which her marriage to Daniel costed people their life’s happiness.  And then, as if waking again, she would turn herself to the dress and go about the business of living a life she favors.

In that morning’s light, in a house she bought years ago, she is aware and can accurately recall the moments that led her to where she is now.  She can name it down to the movie on TV (Audrey Hepburn) and what she was eating (ice cream, on the couch).

And always, she comes back to what she has now.  At the cost of what she left behind.  What she chose instead was to be happy and confident– at the expense of feeling like a pariah.  She is tired of apologizing for what and who she didn’t choose, and the dress is a smug reminder of how constricting the right choice can sometimes feel.  The choice to choose your own dress and not your mother’s.  The choice to accept you are not your grandmother’s size.  The choice to marry someone your friends weren’t expecting.  The choice to trust him with all of your collective baggage.  And the choice to carry it, too. 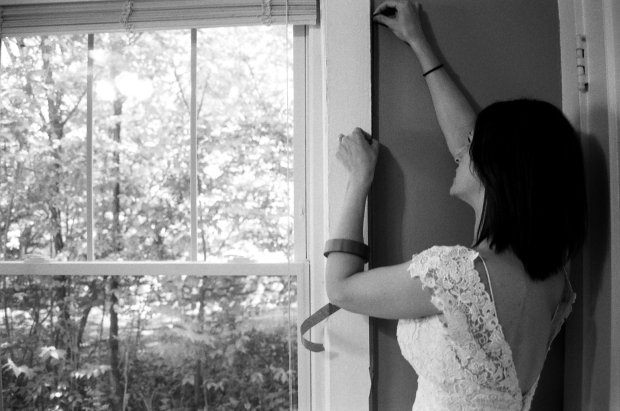 And today’s choice: what dress to wear.  There were more– one with tags still in tact that could be returned, though she’s never tried.  A couple of bridesmaid dresses.  Those stay, too.  Another too tight from a blue period of cigarettes and starving.  She won’t take it back.  She won’t get rid of it.  Maybe because it reminds her of all she’s chose since then– and all that’s better. 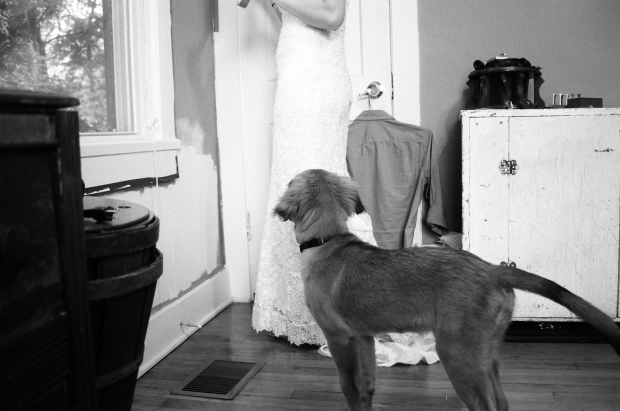