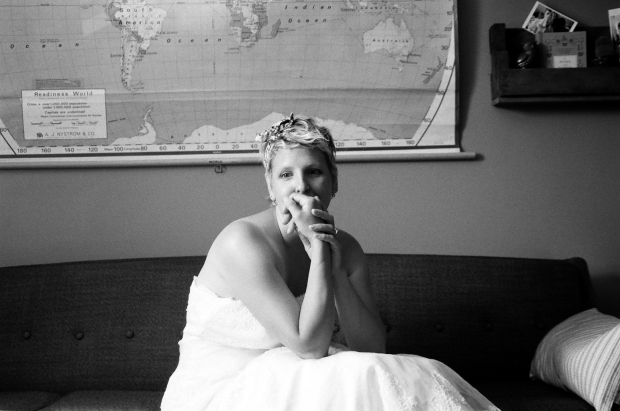 She was shocked to see it when her mother-in-law brought it down from Michigan.  It was dirtier than she remembered.  More beat up.  And it broke her heart. 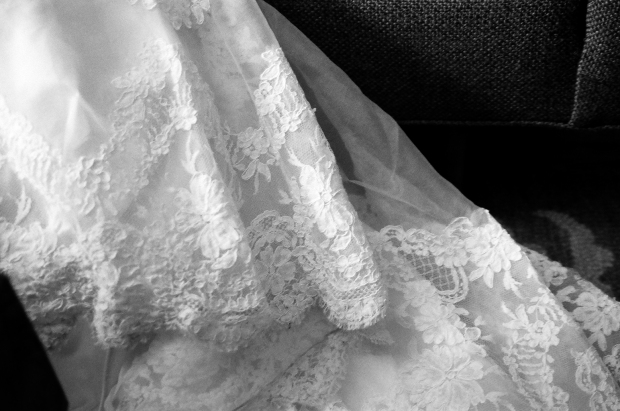 When I asked Nicole to take part in the Overdressed series, it seemed that between her wild hesitation and the chronic scheduling conflict, this last piece would need to be left undone.  Upon my arrival that morning, though, the timing (as always) was perfect.  Nicole had spent our missed times warily walking past the guest bedroom where she had placed the dress after the initial reunion, and hadn’t had the courage to enter that room since.

She feared the dress.  She had refused those days that it haunted her house to try it on, or even look at it again.  What if it didn’t fit?  She flashed to her grandmother’s dress, how so much money had been spent to preserve the dress and, still, how it fell apart in her hands years later as she took it from the box.  Not enough tissue paper and all was lost.  Her own dress felt like a different sort of loss, “I didn’t feel worthy to put it on again,” she admitted.  “For the first time in my life, I don’t feel completely comfortable in my own skin.  I’m scared.  And here’s this perfect picture staring back at me that I don’t fit in, anymore.”

This incubation process, stuck in her lovely home with this ghostly expectation, left her distraught even a couple days before the shoot.  She relayed that a friend of hers took her fear and unraveled it, reminding her that if she met her husband on this very day, he would still choose her.  Nicole seemed a little more reassured at this thought.  But it was Nicole herself who had the final say on the matter.  And she chose to walk into that back room and put on the dress, presenting herself boldly with a container of safety pins for me to use where the zipper failed. 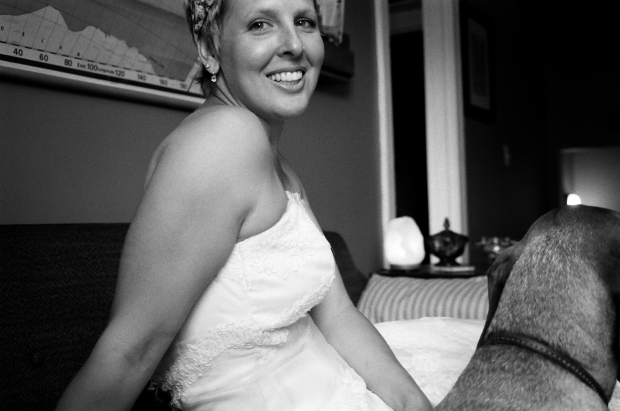 The rest was left for her to hold up on her own, and she did so in her tiny backyard kingdom with the ease and grace and cheerfulness of Snow White– her chickens and dogs and flowers bending to her every movement.  Her caramel-lined back glowed as she wandered around the life she has grown and loves and fits into perfectly.

And she is more than a worthy picture.