I miss their squishy half dinosaur faces, bellies pulled taut and cherub-like, always with outties instead of innies.  I miss their pointed gargoyle beaks, or their wide, silly, sharp-toothed smiles.  I miss the twinkling mischief and their phony fingernails, and the way they accidentally set off sparks as they skidded out the doorstep into the cover of darkness.  I miss the fearful hide-and-seek of their glowing eyes between fan blades on long winter nights, or their shadow cast creatures more ominous than themselves streaking across car lit walls.

I miss the demons. 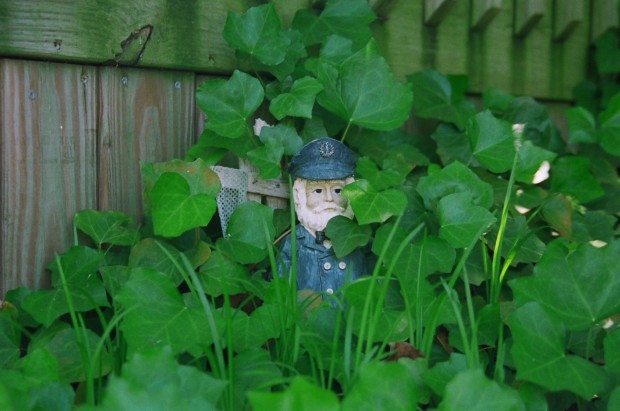 For being the goodliest of all the goodly Christian girls there ever was, I had a curious tendency to tamper with the wrong side.  It was early on by accident– like purchasing a pretty pendant from Claire’s alongside more Hanson paraphernalia, finding out through the horrified gasp of my parents that I had, in fact, acquired a pentagram (and more Hanson paraphernalia), of which long talks and informative videos on Satanism and Wicca ensued (as well as a calm bargaining for just a few of the boy band posters to be removed).  But the tick in my fiery imagination had been tocked, and the funny creatures started to seek me out, instead.

Some will tell you that this is precisely how the Devil works, and, affirmatively so, I was terrified.  They would creep in the back yard just as the train rolled through, before bedtime was called on early fall nights.  This particular night, I didn’t wait for the call.  I rushed into the kitchen tearful and wallowing how the demons had flashed a light before my eyes, and when I turned around, the beautiful flowers leftover from summer had been instantaneously smothered to brown crisps.  In seconds.  I could still hear them crackling in death and defeat.  If they could do this to an entire garden of flowers, how much more could they do this to me?  My parents, patient and soothing, assured me the flowers were long dead before this (my mother does not pride herself on a green thumb), all while exchanging questioning and disturbed glances to each other.  I found no consolation.

The fear grew bigger than perennials, and slithered up dark sanctuary stairs until it culminated into a minor hysteria among my ragtag group of church friends, authored nearly entirely myself, but empowered with an eager audience.  We spotted them after youth group hours while we waited outside on the small city’s church steps, at the bottom of swimming pools, in the backs of cars.  These insidious creatures knew no bounds, and we were on the front lines of scouting them, with little game plan for their extermination.  We were Ghostbusters with Bibles and only the canisters of our fearful little hearts to hold these detestably anti-Jesus monsters.

The night that my particularly persistent demon fella gazed unblinking from my ceiling fan, I had enough.  I had warned my co-devil-catchers that there would come a time when they would do more than just scare us– that they would try to take us down.  And I was curled to the corner of my bed, preparing that my prophecy may start with me.

I made a break for it.

I pounded down the stairs and around the corner at the midnight hour and cried at my parents’ bedroom door.  And there, I told on him.  I told on the demon to my mom and dad.  Jesus Christ would have done the same.  In fact, I think he kind of did.

Dad walked me back up the stairs, voice low and strangely understanding.  Even in the height of my panic attack, I still anticipated a stern talking to and a negotiation that would end with, Now go back to bed!  But it wasn’t that at all.  My father, needing to be awake in 4 hours for another 15 hour work day, glided over to where I slept and sat attentive at the end of the bed.  I sat next to him.  And then, he pointed at the possessed ceiling fan.

“There?” he asked, pointing at exactly the spot that had previously housed the glowing red eyes of my enemy.

“Yes,” I said, amazed at his certainty and precision.

And then my father, who grew up in the same house, proceeded to tell me about the demons who lived there, how they haunted him when he was my age, and how he knew where they slept and where they watched us from.  He told me how they would keep him awake at night, but how they had never been able to escape to touch a hair in his nose.  We followed it up with something super Biblical, and I weighed in a nervous prayer in a shaky voice to his confident soldierly one.

My father is the master of getting children back into their beds.  But maybe, he believed me.  And that’s enough to get this kid to daylight without peeing herself.

Those little shits kept popping up all the way through my teen years, through high school, through early college until… they stopped.  And now, I miss them.  It’s not so much the intense paralysis that overtakes my intestinal tract and the sudden feeling of having a bat lodged in my throat, flapping its way through my bloodstream, as it is that these creatures are meant to scare me.  It’s their job.  And they animate and grow big ears and pop into comic books and Neil Gaiman novels. 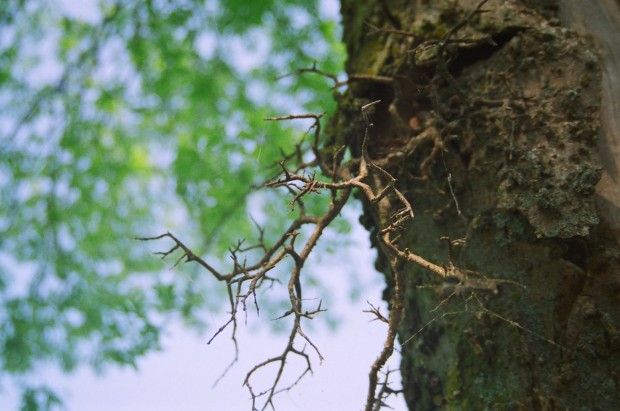 What I am afraid of now is not their tiny, mutilated faces, but the bearded face of a man 14 years my senior who took advantage of me as a fifteen year old.  And the smooth face of an angry ex-husband who won’t love me.  And the faceless push of time who tells me I am nearing ever closer to the end with nothing to show.  And masses of faces who are killing each other on TV.  And car accidents.  And syringes.  And a world without super heroes.

And with a list like that, I wish more than anything to have those little underworld buggers back again.