I could only assume that the criteria was the same for God’s as it was the Gideon’s, and I was doing my best to avoid both as I gulped down water, alternating each night between cupping it in my hand and slurping it straight from the faucet.  It wasn’t unwarranted: repetition taught me that even if I wasn’t marching in infantries or riding in Cavalries or shooting artilleries, somehow my draft card was perpetually up for the Lord’s Army– this at a time when my ten-year-old self was secretly discovering my pacifistic tendencies.   And now, due to an alarming amount of overly sodium preserved prepackaged garbage I ingested on a daily basis, I found myself one foot on the bus to boot camp each night at 2AM as I hung over the sink trying to remember if it was the men who drank like dogs, or the ones who brought their face to the water who were chosen by God for Gideon’s Army.  When my memory wasn’t fluctuating, my allegiance was, so this night, I drink from the cup of my hand, tomorrow I drink from the faucet…

…and the Lord said to Gideon, “Everyone who laps from the water with his tongue, as a dog laps, you shall set apart by himself, likewise everyone who gets down on his knees to drink.”  And the number of those who lapped, putting their hand to their mouth, was three hundred men; but all the rest of the people got down on their knees to drink water.  Then the Lord said to Gideon, “By the three hundred men who lapped I will save you, and deliver the Midianites into your hand.  Let all the other people go, every man to his place.” * 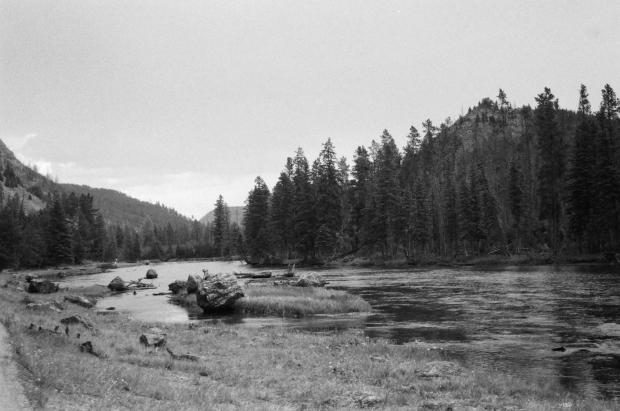 This consistent, middle-of-the-night thirst became my gauge into adolescence and teenage.  My brother joins the Air Force: I lap from my hand.  I get shamed in front of my friends by a church leader: I sip from the faucet, letting the water run down my cheeks onto my pajamas.  My spiritual temperature flared and fainted, and the cool water quenched it regardless.  And, then, whether it was the grown up thing to do or my conscience caving or learning from my hangovers, the Gideon Drink, as I started shelving it, was replaced by the question-less, quiet cup of water on my bedside.  This glass never asked me if I was for or against the Devil or God or the Midianites or the President, it just asked if I was thirsty.  And with the addition of bourbon to my potato chip addiction, the answer was always, Yes.

I stood with the dog lappers in most cases.  Or at least with the dogs.  And most of the time, it didn’t carry me overseas to fight an entire nation with 299 of my closest lapping dog friends.  Mostly, my tendency to hang with the dogs kept me furthest from the line of fire, particularly during Deer Season.  My easily wounded heart throbbed unexpectedly each year as both of my parents, my brother, and my sister woke early on those cold 5AM mornings, head-to-toe in blaze orange and camouflage.  When the last door latched behind them, our three bird dogs and I settled in for a long morning of crafting with Popsicle sticks and listening for the gunshots to echo off the side of the Allegheny Mountains to our little cabin in the valley.  I consoled the three, read them Deenie and Are You There, God? It’s Me, Margaret, shared Ramen noodles, and threw the tennis ball as we waited for the first sign of hunter orange to come creeping out of the woods for lunch.  In the afternoon, we started again.  These are the dog days– my favorite days– the quiet, question-less days of locked-in freedom and setting my cup of water next to their bowls just to see what it was like to drink only with my tongue.

I don’t want to go to war, not against Midianites or demons or ruffed grouse or anybody.  But I didn’t want to be left out of the pack, either.  This brought a considerable amount of confusion in years of hearing preachers regard the dogs with an emanating disdain, withholding food and pearls and things we lapping dogs love from us just because of how we sip our water.  We are good enough for Gideon, but not good enough to eat anything but the crumbs under Jesus’ table.

These days, with what’s been served, I think I prefer to be under the table, anyway.  But I’m not alone. 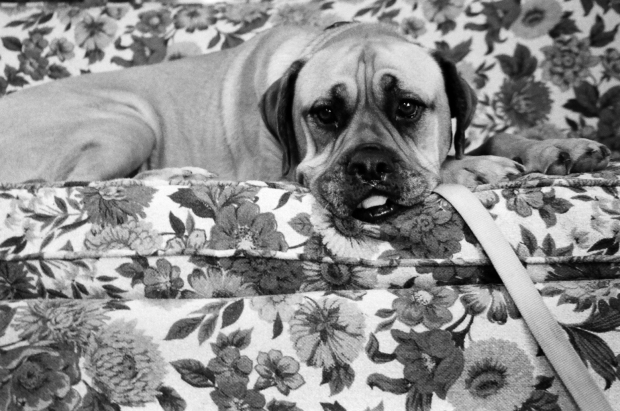 Last November, when a javelina attacking our dog turned our short visit to a long stead at my Someone’s Aunt and Uncle’s home in Mesa, the three of us– plus a lab named Sam– dog piled in the living room as we waited for Butter’s wounds to dry up.  The waiting brought long visits of short moments as we settled into a pattern together.  Aunt Margaret made no indication that her life had been disjointed by the ragtag troupe in the living room.  Instead, she bought us bread that we could eat.  She boiled the water for coffee.  She asked us questions and said kind words and let us cook her and her family dinner, too.

The day before we left, packed and cleaned and on the mend, we sat present and talking– Uncle, Aunt, Someone, me– when Aunt Margaret walked casually to the kitchen faucet, turned the water on, cupped her hand, and drank quickly like a member of Gideon’s Army.  From there, she didn’t haul off to battle, she just returned to the pack, and resumed her poised, kind presence at the table.

I don’t know what it means to be part of an Army of any kind.  I’m not sure what it means if I drink like the dogs, or even drink with them.  But I do know that if Aunt Margaret is on that march, I am happy to be in the company of my comrades.