My nephew has been keeping his worries in a bag in the middle of the table.

This isn’t a metaphor for anything.  A clear plastic treat bag freckled with leftover holiday images is filled with small slips of paper and tied loosely with a silver twist tie.  A few of the slips have the nervous markings of a 6-year-old’s biggest fears.  The rest are blank in anticipation of bigger fears.  Lately, he’s been overcome by the fear of accidentally killing the dogs, born from a stern warning to stop dropping his food on the floor.  The eruption is brief but traumatic, as his mom or dad or my Someone or myself explain that, yes, while it’s important to not feed the dogs chocolate, one M&M will not kill them this time.  Other fears include forgetting his snack at day camp and accidentally getting his handicapped classmates sick, for fear that he might worsen their handicap or, well… kill them. 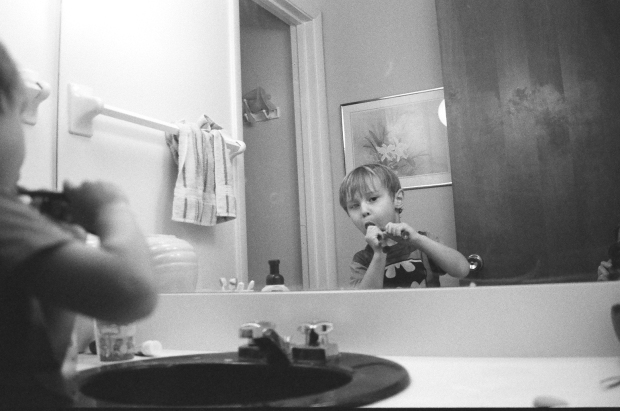 His wall to wall posters of superheroes seem to be no match for the unpredictable casualties the day might bring.  No amount of Batman and Superman pajamas seem to protect his skinny body from super villain Ferocious Fear.  So now, he has been instructed to create a bag to put his worries in so that they are stored in one place, and are only permitted out once a day for 15 minutes of Worry Time.  When Worry Time is over, the worries may not be spoken of again.  And if a new one pops up in his anxious brain, he has to write it down and put it in the bag to be brought up on the next day’s Worry Time.

He took a deep breath.  He stared at the closed Worry Bag.  He left the table to go play with his sister– a game of make believe that had nothing to do with the contents of the bag and everything to do with successfully slaying the bad guys. 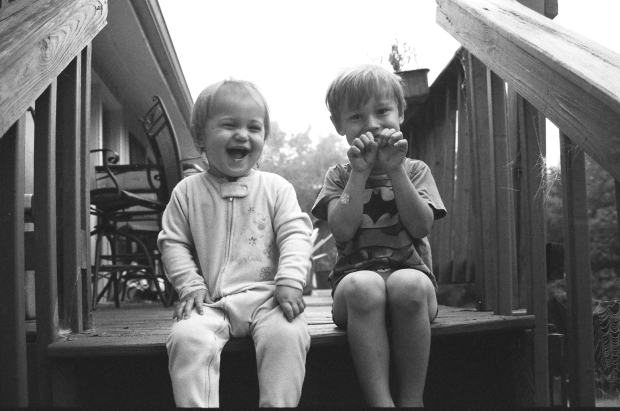 Today, the doctor called to confirm my blood work.  Negative, she said.  I am not, contrary to my body’s protest, pregnant.  I was relieved.  I was confused.  I was scared.  Because for the last month, I had left my Worry Bag open, and it had been funneling directly into my uterus.

They call it a pseudocyesis, but I am calling it being a crazy person.  It’s a strange condition wherein all symptoms point to pregnancy.  And sparing the more intimate details, by all accounts, the body is pregnant.  Except it’s not.  There are a few speculations on the cause, one being extreme stress.  Due to lack of attention or too much attention, I turned my Worry Bag into a Worry Baby in one month flat.  What they don’t tell you on Wikipedia or the doctor’s office is the amount of embarrassment you will endure immediately after.  My world wasn’t ending, but I had already burdened a few of my closest friends with my confident proclamation and deepest anxiety.  And now, it turns out, my brain tricked my body with the standard tactic of fear.  My Worry Bag was sitting in the middle of the table, clear and untied for everyone to read back to me: my insane projections of the ways in which the world was working against me were up for grabs. 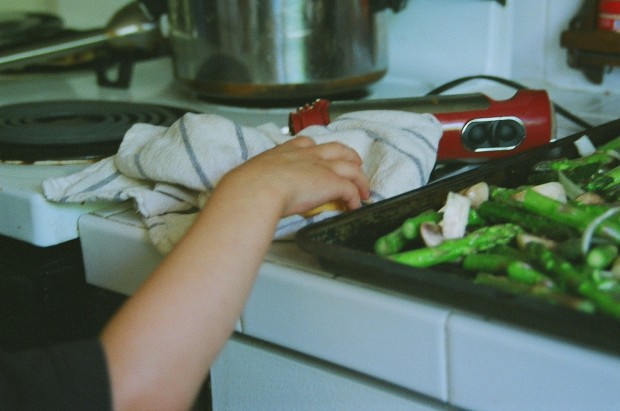 My Someone assures me that I am not yet in need of being committed to professional care, no matter how much I feel like curling into a straight jacket.  Now I begin the waiting for my body to catch up to my brain on the reality of the situation: that I still have my same stressful and worthwhile life that I had before– now with the added benefit of being a little more able to laugh at my biological fragility.  And, fortunately or not, I still have plenty of blank slips of paper left in my Worry Bag of worse-than-this-worst-case-scenario.

I’m not sure what the life lesson is this time.  Maybe investing in stronger twist ties.  Maybe remembering to open my Worry Bag with more frequency and less resignation.  Maybe buying those Wonder Woman pajamas after all.  Or maybe to be less ashamed of the worries so that when it comes occasionally to an embarrassing end, I can leave the table to go on slaying the real bad guys.

My nephew has a new chapter book all about worrying.  He and his dad are reading it each night before bed.  I can hardly wait til tomorrow night.  That’s when we learn all about how to talk back to worry.  Maybe he can give me a few pointers.