I am having trouble with the Primordial Goop.  Maybe in the same way I am having trouble with all of my unborn.  But the bracket of Heaven is fluctuating, again, like some sort of Eternal March Madness, with religions and sciences and pure human emotions pitted against each other for the highest stake of Forever Not Burning.  And it doesn’t seem like any amount of buying the right pennant or concocting the right bet is getting anyone any closer to pearly gates– it’s only keeping everyone else out.  And no one seems any better able to explain it than I am able to use sports metaphors.  Which is to say, it ends here. 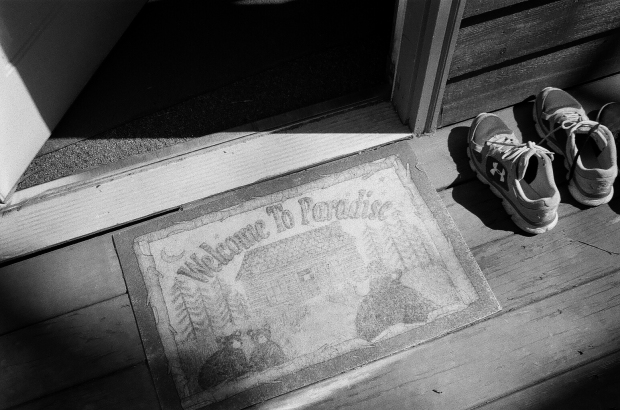 “I wonder if Josh got what he wanted, or if we did,” I said to my Someone as we drove from Montpelier to Burlington, Vermont, through a sunset vaguely reminiscent of the one I watched three days after Josh’s death.  I had been fighting that sinking feeling that there wasn’t another sunset I hadn’t seen, not another urge to fight for or against any more religion, not a single meal I hadn’t already eaten.  I was beginning to feel the Earth as a bit of a disappointment, and wondering what exit strategy was being manufactured for me.

“I wonder if when people commit suicide, if they really get to move on and feel nothing and be in the Nothing to escape here, or if everyone who loves them gets what they want– to see them again in Heaven or the After,” I continued, “because it seems like the two are mutually exclusive.”

Then, as if in response to my morbid despondency, a tall, free standing rock formation stretched itself into view in the center of the highway.  It was beautiful– like I had never seen before.  Always when I am close to reconciling Josh’s suicide or my own sadness, out grows another fucking reason to live in the middle of the road.

“Which is better?” my Someone asked.

“I guess if it’s between feeling Nothing and feeling Everything, it’s not a fair choice.” 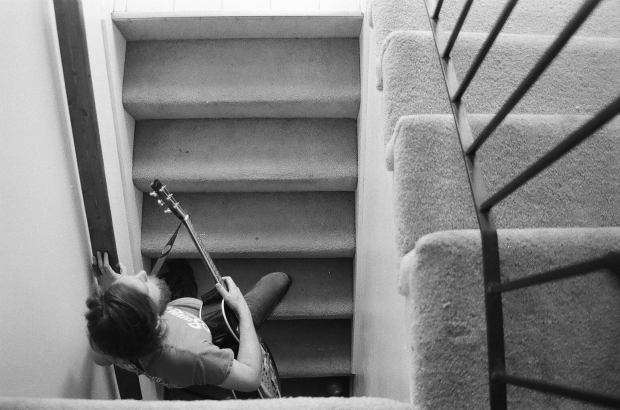 But even if there is a choice, and Josh got to go to the Nothing and I get to go to see my friends, I worry that we will be disappointed, anyway.  Because if the Heaven I was raised on is right, there will be more love and inclusion happening in Hell.  Sure, the blisters would be significantly more, too, but maybe there would be more consolation in the harmony of screams from ourselves and our loved ones echoing down the fiery cavernous halls than sitting on clouds at a feast they weren’t allowed in.

Sometimes I wonder if the reason some Christians hate the idea of Evolution isn’t because it warps with the idea of how God chose to start the Universe, but because it is already so difficult trying to keep 6,000-10,000 years worth of people out of an already crowded Heaven.  If there are more years to tack on– not just a couple hundred, but millions– how can that floating mass of Heaven actually hold everyone up?  And what do we do about Neanderthals?  If we are going to include the uncountable number of aborted babies and miscarriages and all the other sentimental allowances we make for pre-found-Jesus people, accepting Evolution would force us also to consider the Primordial Goop.  And I am so worried about accidentally stepping on the Goop.  And if we count the Goop, maybe there’s more to All Dogs Go to Heaven than we thought, too.

In a parking lot outside of Burlington, my Someone and I checked in with our wiser-by-the-day pal, Ryan.  I told him about the sadness and the Goop and the suicide.  He said maybe Heaven looks more like everyone gets therapy on arrival.  But God is the therapist.  And then no one is sick in their hearts, anymore, which means we can all be there.  Kind of like we are trying to do here.  Which means Josh will learn to love not being in the Nothing.  And I will learn to love everyone I kind of have a hard time with here.

It’s a tremendous amount of work checking every Heavenly Visa, and I doubt St. Peter gets paid hourly.  I wonder if it might just be worth it to let everyone in.  Goop and all.